Changing how we think about warm perception

A team of neuroscientists at Max Delbrück Center for Molecular Medicine in the Helmholtz Association (MDC) have made an unexpected discovery about the way mice perceive warming sensations. It’s counterintuitive: cooling receptors in the skin are critical for the perception of warmth.

The finding, recently published in the journal Neuron, challenges the predominant model of non-painful temperature perception, and provides clues about the way not just mice, but also humans, consciously detect warmth.
“When we grab a cup of coffee with our hands, and we can quickly feel its warmth, this is happening because not only neurons activated by warming are at play, but also neurons inactivated by it,” said Ricardo Paricio-Montesinos, co-first paper author and neuroscientist from the MDC. “Without the second type, our data from mice suggest that we would either need much longer to feel it or perhaps we wouldn’t even sense warming at all.”

Since the late 1800s, neuroscientists have theorized that dedicated pathways or “labeled lines” convey only warm or only cool sensations from the skin to the brain. While there has been some evidence of this in humans and primates, it has been difficult to prove.

The mouse’s ability to perceive non-painful temperature changes has not been closely investigated. Through a series of behavioral studies, they discovered that mice detect temperature changes with same high level of acuity as humans – licking a water dispenser in response to 1ºC of warming and 0.5ºC of cooling.

“For the first time, we could show that mice basically feel warmth and cooling just exactly the same as we do,” Lewin said. “They have the exact same thresholds as humans.”

When neural pathways thought to be associated with warming were blocked, the mice would lick the dispenser in response to 2ºC of warming, revealing perception was diminished but not gone. This indicates those pathways are helpful, but not essential to perceive warmth. In contrast, when the pathway associated with cooling was blocked by turning off the trmp8 gene, the mice could not perceive warmth at all.

“We were really surprised,” said Dr. Frederick Schwaller, co-first author and post-doc in the Lewin Lab. “We initially tried to train these mice to detect skin warming as a control, but we stumbled on the most important finding in the paper sort of by chance.”

Upon closer inspection of nerve cells in the forepaw, the researchers observed two things. First, no nerve cells were solely dedicated to warming. Rather, they found most nerve cells fired an electrical signal in response to temperature and blunt pressure.

“That is puzzling,” Lewin said, “How does the nervous system figure out if the neuron’s activity is because of warm, cold or mechanical force?”
The answer lies in the second thing the team found: a population of nerve cells that are always firing at the forepaw baseline temperature of 27ºC. As the temperature rises, these cells decrease their activity. That decrease appears to be the key.

The team theorizes that the mouse is able to detect warmth because one population of neurons increases activity, while the cool neurons decrease activity. Two signals going in opposite directions generates a pattern that conveys “warm” to the brain. This is distinct from cooling, in which all the neurons increase activity, so the pattern is all going in the same direction.

“The use of two populations makes it much easier for the mouse to unambiguously say that’s warming, that’s cooling,” Lewin said.

When the cooling pathway was blocked, the cool cells were silent and no activity was transmitted to the brain. Without that contributing to an opposite signal pattern, the mice did not perceive warmth, the researchers conclude.

The researchers anticipate the mouse’s sensations reflect what is happening in humans because we have the same receptors and nerves that convey information from the skin to the spinal cord and brain. Further studies will be required to confirm humans exhibit the same pattern, and to determine where and how the signals are compared in the brain or spinal cord. 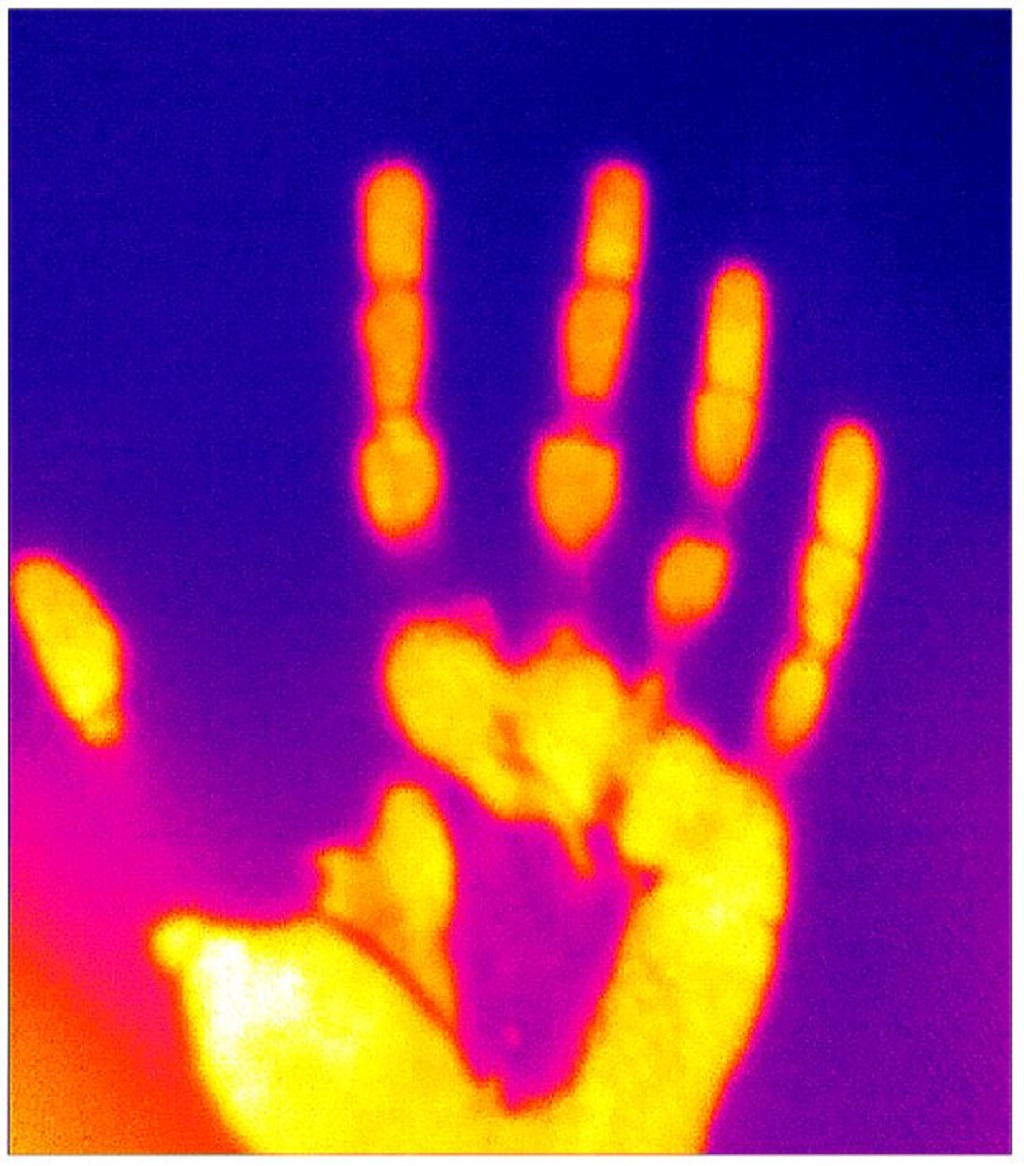