Professor Volker Haucke from the Leibniz-Forschungsinstitut für Molekulare Pharmakologie (FMP) and the Freie Universität Berlin receives a prestigious ERC Advanced Grant of the European Research Council (ERC). The biochemist is granted a total funding of up to 2.5 million euros for a period of five years for his highly innovative research on the assembly of synapses.

Our ability to remember the first day at school or the birth of our child is based – as most other functions of our brain – on the communication between nerve cells at specialized contact points called synapses. At synapses, signals are transmitted from one nerve cell to another. During this process, the nerve cell upstream releases messenger substances (neurotransmitters) from vesicles of the presynapse into the cleft between both nerve cells. The messengers proceed to the postsynaptic part of the nerve cell downstream, where they bind to receptors that pass the stimulus on.

During decades of research, a wealth of knowledge has been accumulated on the mechanisms by which neurotransmitters stored in synaptic vesicles are released at the presynaptic membrane. In contrast, we know much less about the formation of synaptic vesicles during the development of the brain and about the assembly of the complex molecular machinery, which forms a functioning presynaptic membrane. Where and how the precursors of synaptic vesicles form within the neuronal cell body, is not understood. Likewise, it remains unknown in which way these vesicles are transported to the presynaptic membrane and which maturation steps they undergo to transform into functional units for neurotransmitter release. Finally, the coordination and adjustment of the whole process remains unresolved. The awarded project SynapseBuild is based on the molecular analysis of human nerve cells, which are generated from stems cells genetically modified via CRISPR technology.

“We are still at the very beginning”, says Volker Haucke and adds that “understanding synapse formation and assembly could open up entirely new avenues for combating neurological and neurodegenerative diseases”.

Volker Haucke is director at the Leibniz-Forschungsinstitut für Molekulare Pharmakologie (FMP), professor of pharmacology at the Freie Universität Berlin, and member of the excellence cluster NeuroCure. His research focuses on the formation and function of synapses as well as on deciphering cellular mechanisms, which regulate the equilibrium between cell growth and the degeneration of metabolic products. Gaining knowledge on such mechanisms is fundamental for understanding diseases such as cancer, diabetes, and neurodegeneration. Volker Haucke aims at developing new pharmacological approaches for treating such diseases. Internationally, he holds a leading position in research on molecular cell- and neurobiology and has received numerous scientific awards – amongst others the Feldberg Prize 2020.

About ERC Grants: The funding program of the European Research Council (ERC) is one of the most prestigious in Europe. Since 2009, the ERC awarded Advanced Grants to all disciplines, which are endowed with up to 2.5 million euros over five years. Up to now, FMP researchers have received in total 7 ERC-Grants, among them 3 Advanced Grants.
The Leibniz-Forschungsinstitut für Molekulare Pharmakologie (FMP) is part of the Forschungsverbund Berlin e.V. (FVB), who legally represents eight non-university research institutes – members of the Leibniz Association – in Berlin. The institutions pursue common interests within the framework of a single legal entity while maintaining their scientific autonomy. More than 1,900 employees work within the research association. The eight institutes were founded in 1992 and emerged from former institutes of the GDR Academy of Sciences. 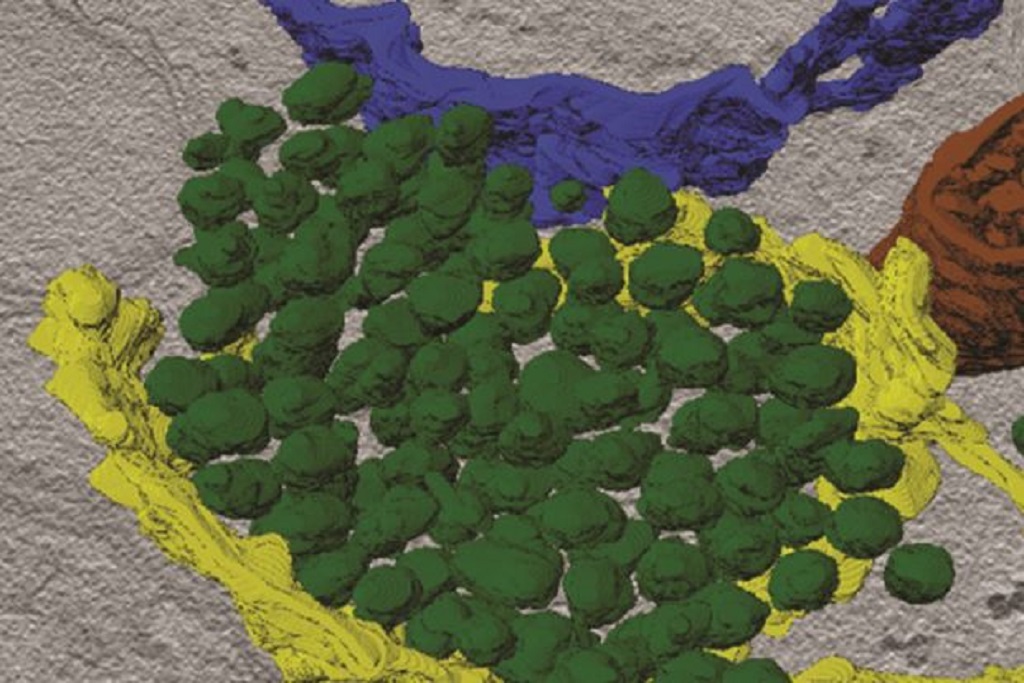